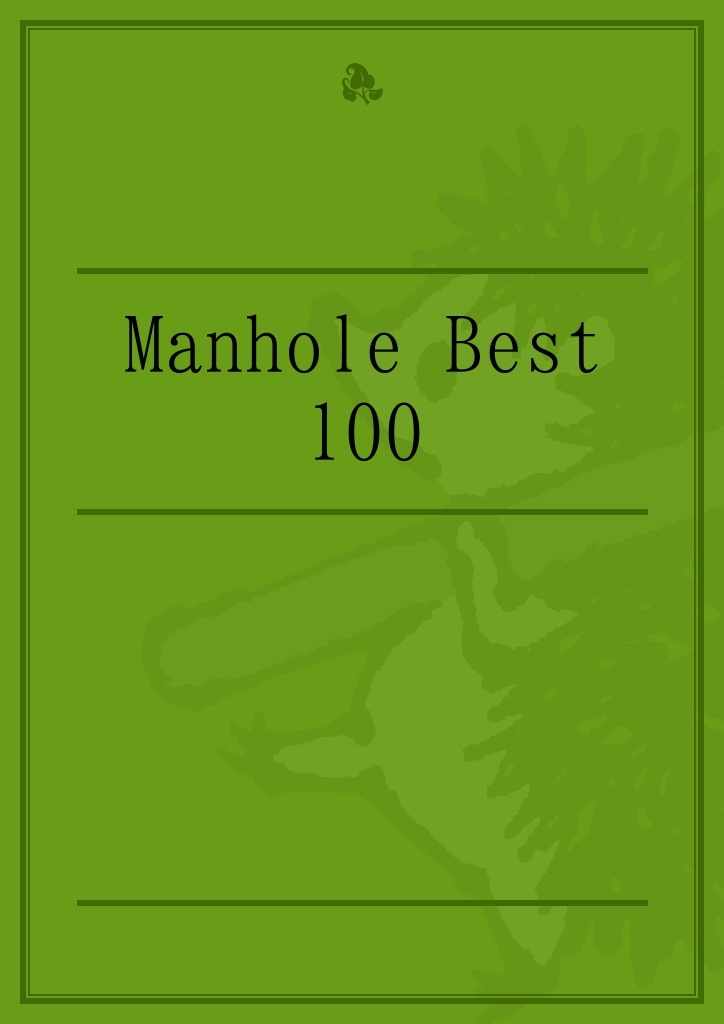 Japan has developed peculiar cultures of the closed enviroment surrounded by the sea. Japanese woodblock print, Ukiyo-e, is a representative example of them. It has a special beauty that Western culture never do. From the 18 century, Japan had already pursued its own unique way in art culture, on the other hand, Western countries had gone for realistic art. After hundred years, Ukiyo-e made a big influence on impressionist painters, including Gogh, Monet.

The flow of this stream has existed in Japan. Japanese people found round canvases in the streets. The first design manhole that has a picture of native things appeared in 90's. The attempt have spreaded around the country. The municipalities in Japan take part in this program and thousands of original manhole exists in Japan.

This book is written for foreigners to introduce the excellent Japanese culture. It has pictures with a caption of the top 100 beautiful manholes. They are selected on author's own authority.